Working with the overseas territories of the EU 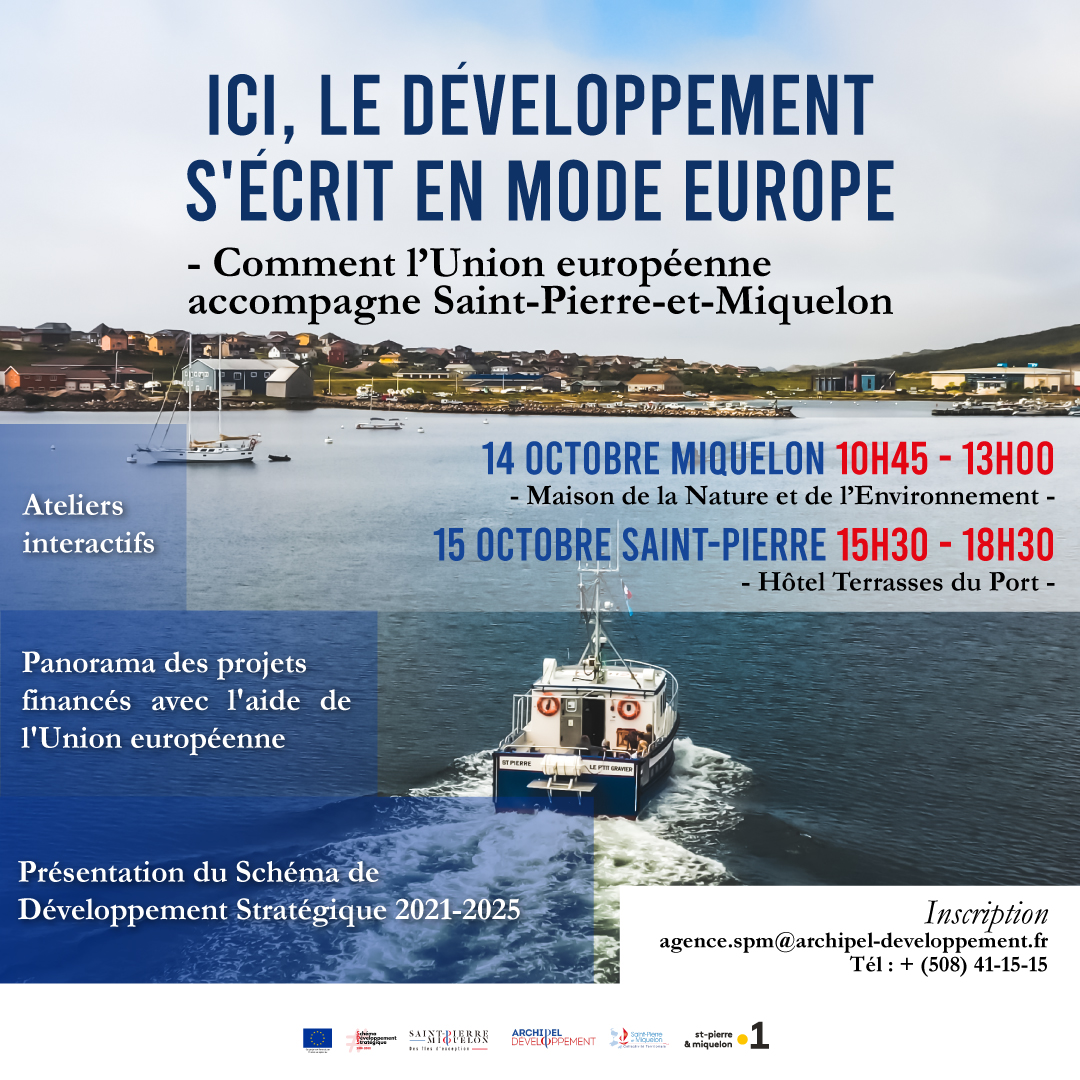 This year, I had the opportunity to work for the first time with the overseas territories of the European Union. I was in charge of developing and implementing a communications campaign on the impact of EU funding in Saint-Pierre-et-Miquelon (SPM), a territory belonging to France, located close to Canada (on behalf of Equinoccio/Ramboll for DG INTPA of the European Commission). I learned a lot about the fascinating history of these often very remote and isolated territories and the challenges they are facing today, in particular to develop a sustainable economic system for their inhabitants. In Saint-Pierre-et-Miquelon projects in the area of infrastructure, mobility, sustainable tourism and the support of entrepreneurs were financed through the European Development Fund during these past 15 years.

Our campaign consisted of three online and two onsite events as well as three publications of which one was directed at children aged 8 – 13 years as well as a series of six videos, including a documentary on the history of the relationship between the EU and SPM. For the latter, I became „Dorothee, the explorer“, appearing in front of the camera for a change. I discovered the EU projects that were funded in SPM Archipelago and spoke with representatives of the Territorial Council and the European Commission.

A very enrichring project and I hope to be given the opportunity to explore the other 12 overseas territories sometime in the future, too!